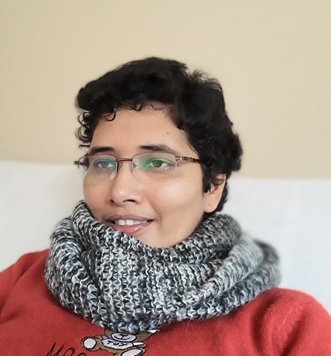 Urmila Pyakurel received her Master’s Degree in mathematics from Tribhuvan University, Nepal in 2007. She completed her PhD in Optimization from Tribhuvan University under the supervision of Prof. Dr. Tanka Nath Dhamala in 2016. From Nepal Academy of Science and Technology, she received the Young Scientist Award in 2016. Dr. Pyakurel has visited the University of Kaiserslautern, Germany in 2014 for perusing her PhD research under the invitation of Prof. Dr. Horst W. Hamacher. Under the invitation of Prof. Dr. Stephan Dempe, she visited TU Bergakademie Freiberg, Germany as a researcher under the Alexander von Humboldt Foundation Research Group Linkage Program, in the year 2016. Dr. Pyakurel worked as a Post-doctoral Research Fellow with Prof. Dr. Stephan Dempe under Georg Foester Fellowship of the Alexander von Humboldt Foundation at TU Bergakademie Freiberg  during November 2017 - October 2019. She visited Mindanao State University of Philippines in 2016 and Japan in 1996.
Since 2022, Dr. Pyakurel is working as a Professor, in Central Department of Mathematics, Tribhuvan University, Kathamndu, Nepal and is involved in teaching and research activities including the DAAD and AvH research programs in Optimization and Graph Theory in the department. Dr. Pyakurel has published a number of papers in the journals of repute and participated in national and international conferences and workshops. She has been academically affiliated in many academic organizations in Nepal and abroad like AMS, MDMC, NEGAAS and NMS. She has served as treasurer of Nepal Mathematical Society and is also a life-member of the society.